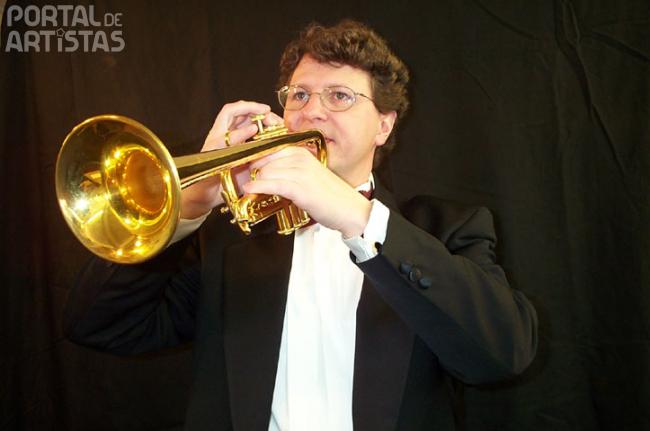 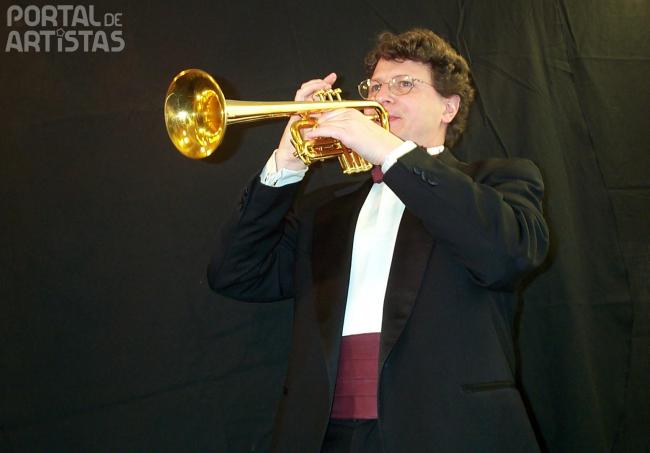 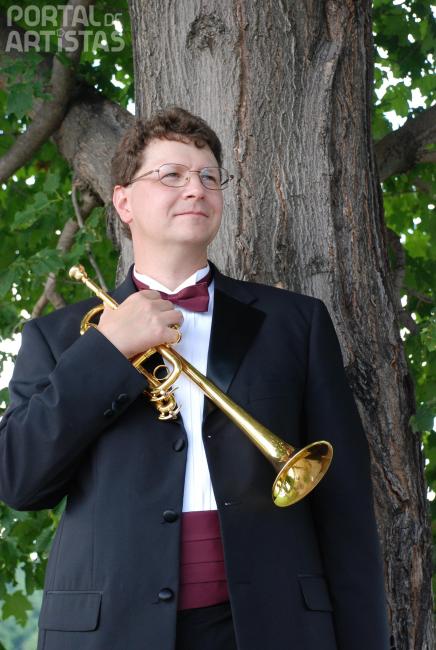 Descrição: Mark Bacon performs as a soloist playing Classical, Jazz, and Pop music and performing at weddings, festivals, celebrations, openings, baptisms, and many other events.
He has been performing professionally as a trumpet artist since 1983, and featured as a soloist with the Quincy Symphony and Cape Ann Symphony in the United States. He has also served as Principal Trumpet with the Cape Ann Symphony for 13 years.
His CD “The Bright Seraphim” features his own arrangements of classics from Bach to Mendelssohn, and his wedding movies celebrate composers from Schubert and Mozart, to Wagner and Handel and many others.
Mark also collaborates with other musicians including pianists, organists, harpists, cellists, vocalists, string players, and all other brass players.
He currently resides in Lisbon and is able to travel in Portugal.

He joined the Cape Ann Symphony in 2000 as Principal Trumpet serving until 2013, and has continued to perform a wide variety of music from musicals and weddings to brass ensembles and symphony concerts. In addition, Mark has performed with the Lexington Symphony, the Massachusetts Symphony, the Thayer Symphony, the Cape Symphony, and Symphony by the Sea.

His chamber collaborations include Boston Brass, Bala Brass, Chatham Chorale, Neponset Choral Society, Paul Madore Chorale, Sacred Choral Artists and other ensembles.
As a featured soloist, Mark has appeared with the Cape Ann Symphony in 2005, 2010, and again in 2012. He has also appeared as soloist with the Quincy Symphony in 2010, and at Gordon College, The University of Massachusetts Lowell, Methuen Memorial Music Hall, Saint Anthony's Shrine in Boston, The AbendMusik Festival and on many occasions at the Cathedral of St. Peter and St. Paul in Providence.

Mark is an alumnus of Walnut Hill School, and the The Tanglewood Institute.